Sammy got teased yesterday. From what I can put together based on his account and the one from his Jordyn (who was over yesterday afternoon), he had tripped in gym class and cried because he was hurt, and two of the boys in his class called him a baby. The full story didn’t come out until late last night, when he crawled up into my lap and burst into tears about what a horrible day he’d had. He was sitting on my lap, sobbing about these two kids calling him names and I’m doing my best to stifle the urge to go hunt them down. Because they are only five or six, and I don’t want to go beat up a bunch of little kids, but was so hurt for him. Poor Sammy was so sad and embarrassed and I was at a loss as to how to handle it. I told him that sometimes kids could be mean, and was thinking in my head that this was such a teachable moment. And here it was, I had the chance to come up with the magic pep talk that would not only make him feel better, but also somehow impart the wisdom that would help him to never do that to another kid. I was floundering – because really, when your baby is crying because his feelings are hurt, he doesn’t want to rise above it, and he doesn’t want to hear about those boys must really feel bad about themselves to need to make him feel badly. And all I wanted to do was go find those kids who were mean to my boy and hurt them back, and that’s not really wise (or possible).So I look helplessly over at Marc – because he’s a boy, or was, and maybe he’s got some wisdom to impart as well. And he looked at our son, and said “Sam, it’s no big deal – the next time someone calls you a baby, you just call them a bum bum sucker.” It was so ridiculous and crude and so shocking to him, and such a different response from my whole “rise about it” pep talk. Sam immediately started laughing hysterically at the prospect of teasing the boys back. With one sentence, my husband was able to magically transform Sam from a sobbing victim into a strong, confident boy who couldn’t be bullied. He gave him back his power.  Being called a baby wasn’t such a big deal, not when he had such a cool insult in his back pocket to pull out if necessary.  He won’t feel bad about himself next time, he won’t feel like he’s being teased and made fun of, he’ll be able to respond and feel confident and secure. Of course, I’m not looking forward to the conversation with his teacher… but given the choice between having a kid who sticks up for himself, or one who internalizes the insults and feels awful, I’d rather have the awkward conversation with the teacher. I may be better at getting them to bed, and I’m better at getting them out the door on time, and snuggling when they’re sick and a whole host of other things – but when it comes to dealing with bullies and teasing on the playground – my husband is the best. 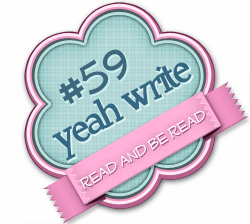