“Do you think you might be pregnant?”  The question came out of nowhere.  I didn’t feel right, I was queasy, everything smelled bad.  And when my aunt asked, my immediate reaction was no.  Of course I wasn’t pregnant.  I had only been dating him for a few weeks.  I would had to have gotten pregnant that very first night.  Of course I wasn’t.  Accidental pregnancies didn’t happen to me.  Only… it was the March 1, and I knew that I’d had my period towards the end of January.  Only… oh my God, I was late.  By days.  I was days late.

I was falling in love.  It was brand new and wonderful.  He was smart and funny and cute and adored me.  This was magic like I’d never experienced it and oh my God, I might actually be pregnant.   After two weeks.  I took the test, and spent the rest of the day crying.

I was pregnant, I was going to have a baby, and I was so humbled and awed and terrified and thrilled, all at once.  I was going to ruin his life, he was newly divorced, with two small children already.  He didn’t want a baby.  How could he want a baby?  But I was having it, from the moment I knew I might be pregnant, I wanted to be desperately.   I wanted that baby.  I was going to ruin his life.  I knew that. I even felt badly about it, but there wasn’t a chance that I’d abort this baby.  I knew that by getting pregnant and having this baby, I was killing the potential between us.  I was ending that long, slow, lovely slide into a relationship.    I was going to be the girl he knocked up and had to deal with now.   I didn’t cry just because I was scared of having a baby, it wasn’t just because I was awed and thrilled.  Part of my tears were mourning the loss of this beautiful thing that was growing between us.  It wouldn’t be simple anymore.  It wouldn’t be just fun and flowers and spending time getting to know each other.  It was going to get really serious, really fast, and it was probably going to be contentious.  Because I knew that he didn’t have any choice whatsoever in this.  I was having a baby, and was going to ruin his life, and there wasn’t any way for me to change that.

But when I told him, later that night, when I took a big deep breath and closed my eyes and blurted out “I’m pregnant”, he didn’t panic.  He didn’t freak out.  He just put his arms around me, pulled me down to him, and said “Thank God, I thought it was something awful.”  That pregnancy resulted in a twin miscarriage, but going through that with him made us a family.  That loss, as horrific as it was, led to this, my incredibly happy marriage, my two beautiful daughters and my amazing son.

I’m linking up this week with www.yeahwrite.me – it’s a great writer’s blog for discovering new writers and improving your own work. 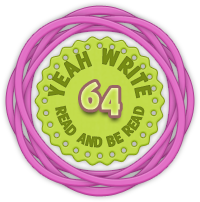